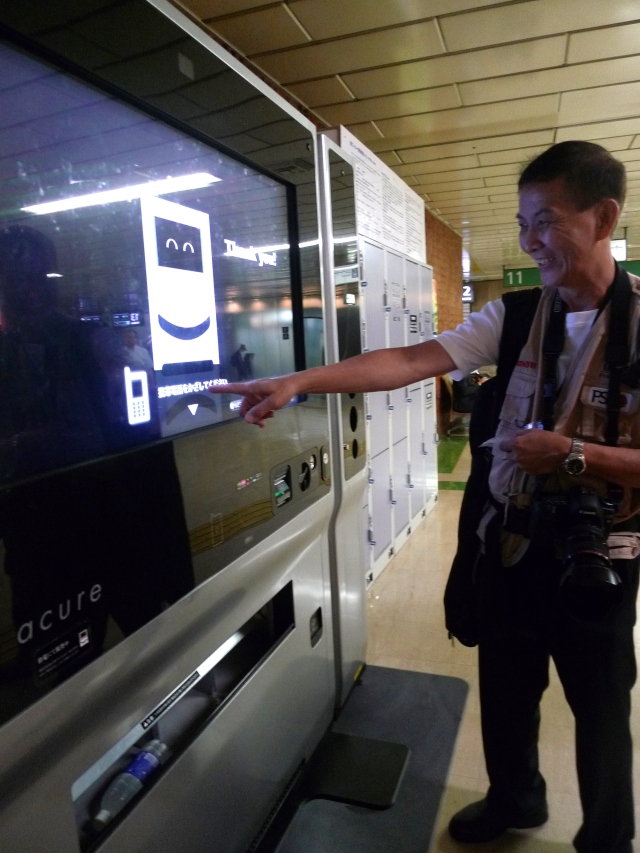 Only in Japan – a vending machine that smiles and says thank you!

No other country in the world matches Japan in their craze for vending machines. These mini auto-shops are everywhere dispensing everything from the mundane to the sleazy. You name it, they have it – cold drinks, hot drinks, snacks, cigarettes, umbrellas, towels, tickets etc. Right down to used girls’ undies – now that’s one vending machine I’ve got to see.

This particular one was seen in the Tokyo train station and later also in Sendai station. It dispensed drinks with just a touch, and an electronic smile to say thank you. In English too! An even better salesperson than a human, it persuaded the rest of us in the group to get a drink just to see what other responses it could come up with. 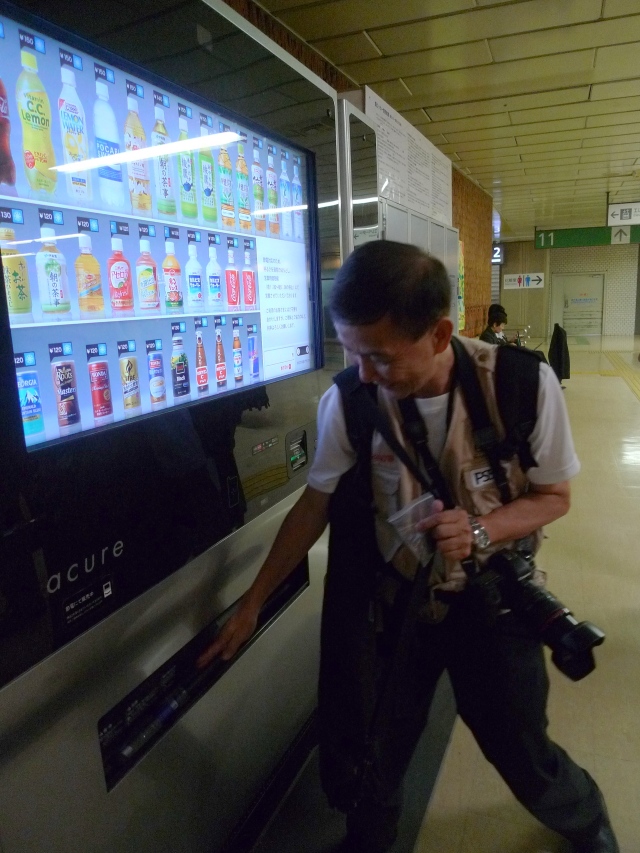 This entry was posted in Japan and tagged Technology. Bookmark the permalink.

1 Response to Tech-y but cute