On a clear day… 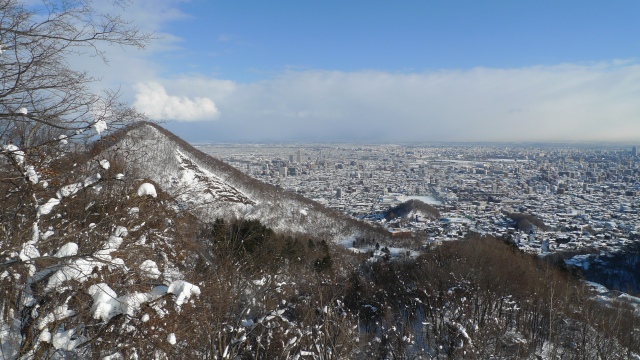 …you can see the gridlines on which Sapporo city is built. Not quite forever, but then you’re only on top of the Okuayama ski-jump – all 134m of it.

The view is plenty enough from up here. Although you can take a chairlift up here to the Start House for 500yen, we’re given slightly special privileges to be up here this morning since the place has been closed off for a ski-jump competition.

The Okurayama Ski Jump has hosted world-class ski jump events including the winter Olympics in 1972 when it was first built. Legends have been made on these very slopes.

Couch potato like me, standing there and looking straight “down the barrel” as it were, I cannot understand why anyone would want to look down that and still find the courage to jump. Look at that: it’s a long way down. A very long, steep way down. I suppose landing badly is not an option. 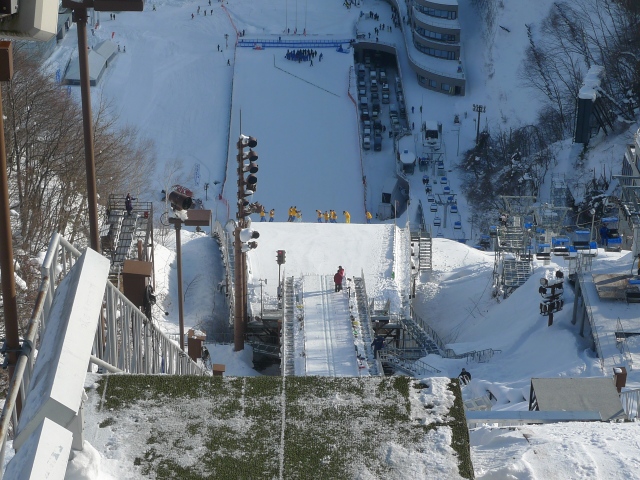 Apparently diehard jumpers (pun not intended) can jump in all seasons since they astroturfed the slopes for summer jumps too.

So if you’re ever in Sapporo and find yourself at loose ends – try a jump or so. At least you’ve got all of Sapporo spread out before you when you go – jump, I mean. 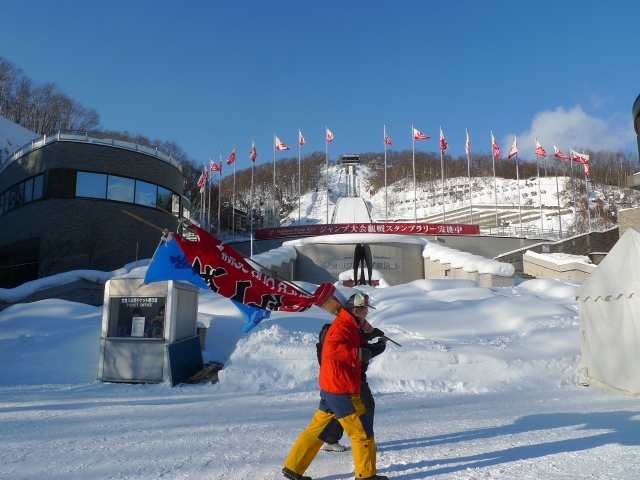 This entry was posted in Japan and tagged Okurayama, Sapporo, ski jump, winter. Bookmark the permalink.