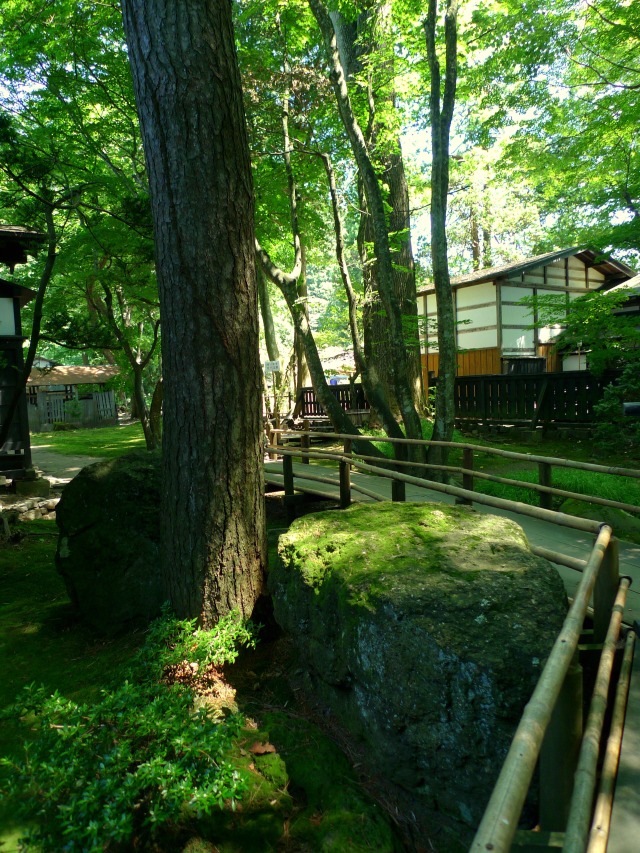 No better place to seek refuge from the glare of the summer sun at mid-day than in the cool mossy grounds of a shady Japanese garden in Kakunodate. This is the garden of the Kawarada samurai house. Kakunodate, right in the heart of Akita prefecture in northern Japan, is known for its well-preserved samurai district. 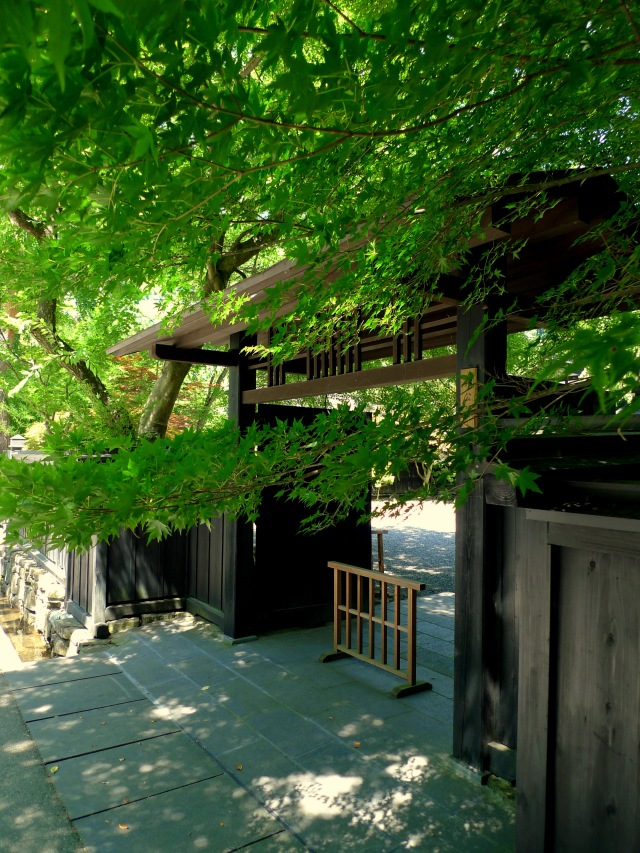 If you ever wonder how the castle towns were laid out in Edo times, Kakunodate’s samurai quarter will probably give you an idea. Kakunodate’s samurai quarter has not changed much in over 400 years. The samurai class and the working class of merchants, traders and other commoners were separated with the samurai class living in the north,  closer to the daimyo’s mansion and the working class further down in the southern end of town.

Kakunodate’s samurai district housed wealthy and middle-class samurai families, many of whom still own the properties though they may not live in them. The governor of Akita prefecture, Satake Norihisa, himself is a Kakunodate boy, descended from a long line of samurai, whose family lived in this district. 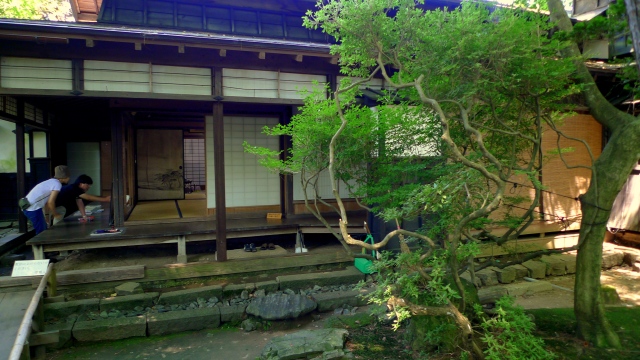 In several cases the houses are empty but are open to the public, mostly free of charge. Some allow you access to the tatami-mat rooms but others only to the gardens, with the doors and screens of the houses flung open for visitors to view from the garden.

The houses are modest wooden structures, not very big in size, but they do sit on pretty decently-sized pockets of land. When you think about the cheek-by-jowl shophouse rows in towns, then you’ll understand that the samurai who lived here were pretty comfortable in stature and wealth. 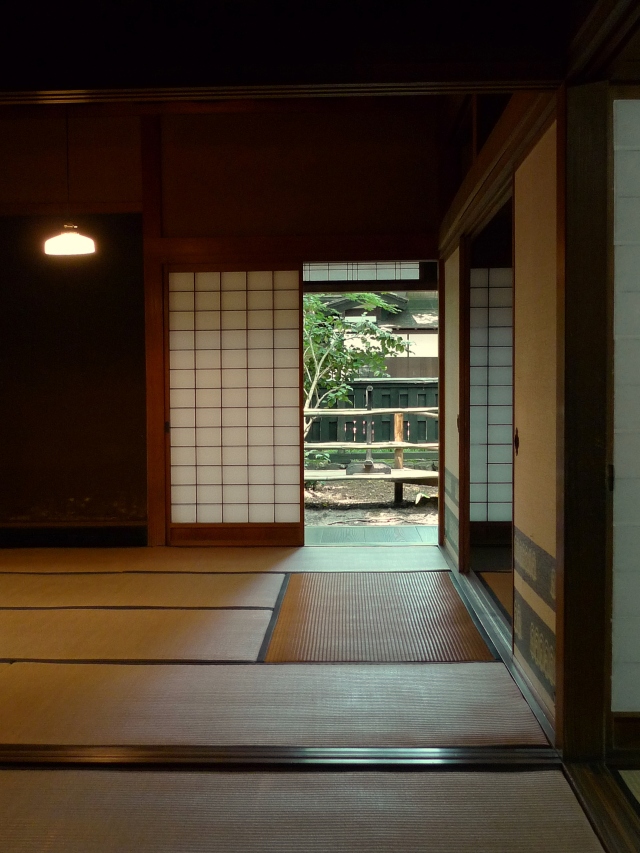 Kakunodate’s samurai district is well-known also for its cherry blossom displays come springtime. That’s when crowds throng this street to admire the row of pink and white blooms. In summer though, Kakunodate is still unfailingly attractive with deep intense greens set against the dark wooden houses. The moss in the gardens, lush and green after the rainy season of tsuyu has passed, now take on an almost fluorescent glow. 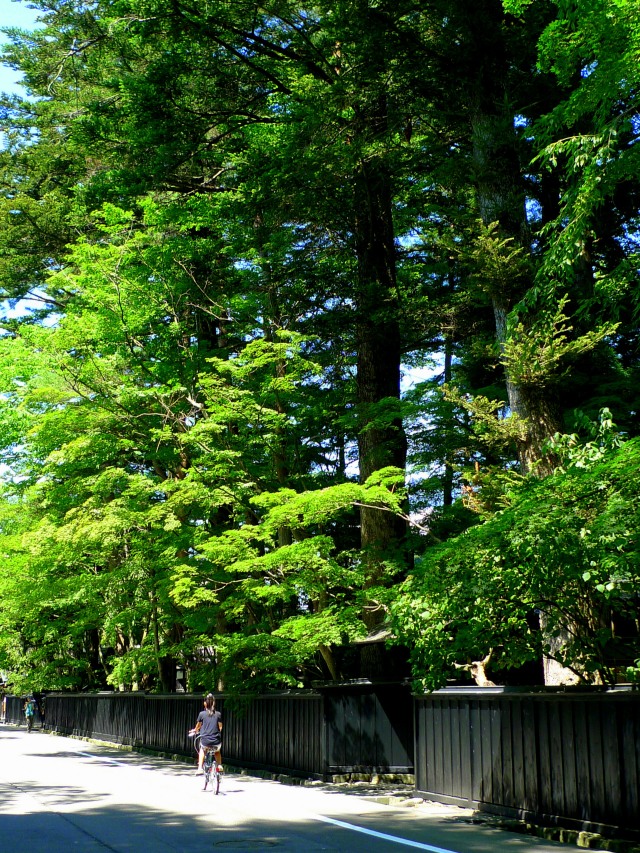 It’s not a very big place and one afternoon of wandering should cover all the main key sights. But if you don’t want to do the legwork, there’s always the rickshaw. I dunno, people always seem happy enough to pay for a ride but there’s something about making another human pull you along on a cart that makes me squirm. That and the roughly 2000yen cost. 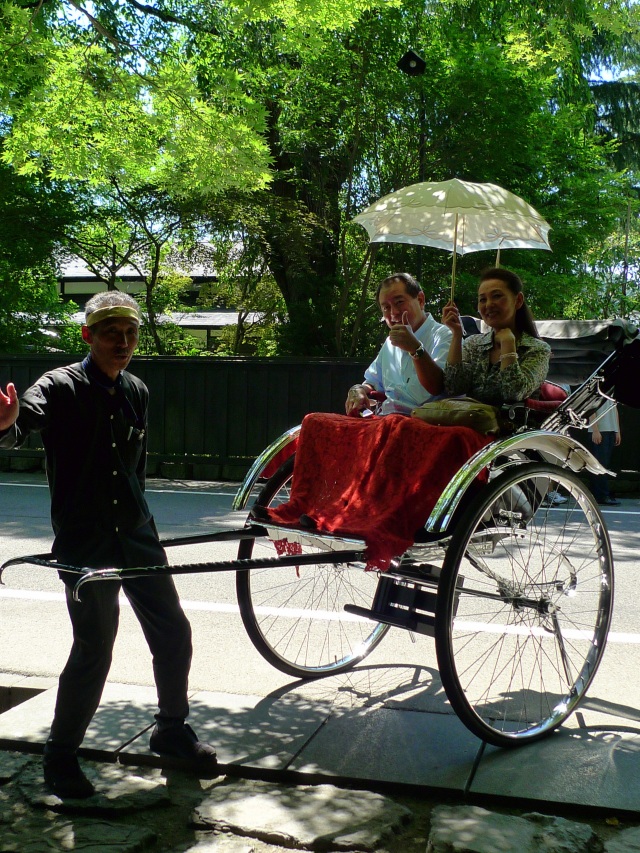 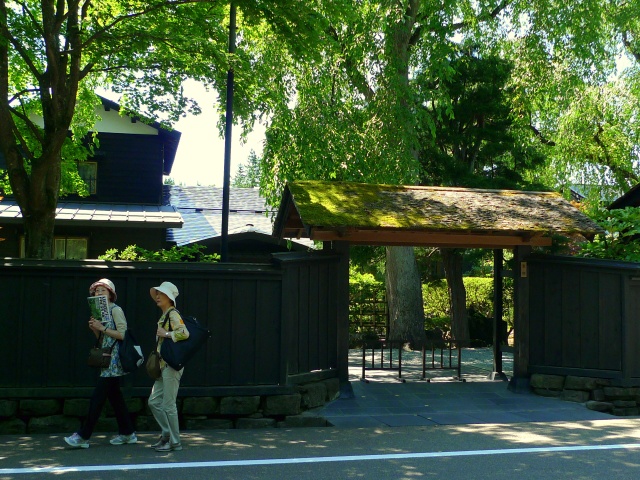 Kakunodate in summer seems sleepy but a handful of Japanese tourists are still exploring. 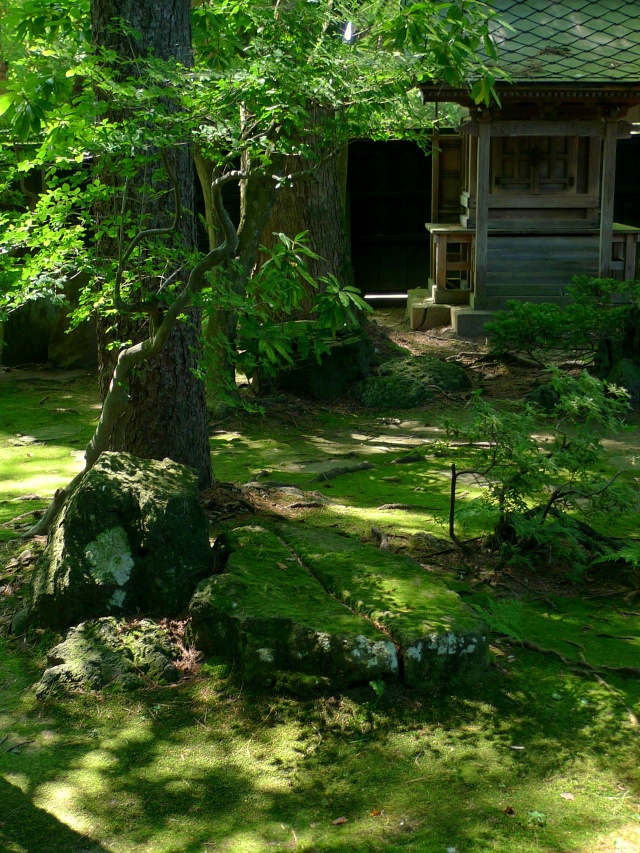