On a midnight train 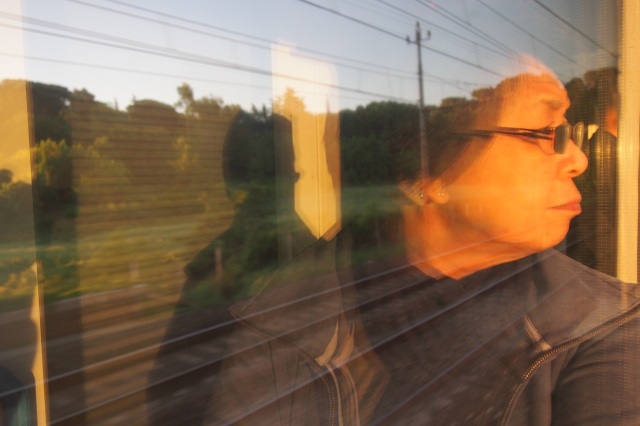 To save time and money, we travelled by night train on a couple of nights in Europe. The Venice to Rome segment and the Florence to Munich segment were done via overnight train. We didn’t buy a rail pass, just point to point tickets. The bulk of tickets, especially the longer-haul tickets were bought online via Trenitalia‘s website and the uber-efficient Deutsche Bahn site. Both were easy to use. All we had to do was to show the printout of the ticket to the conductor. Travelling on a night train was a first for my mother and my sister. 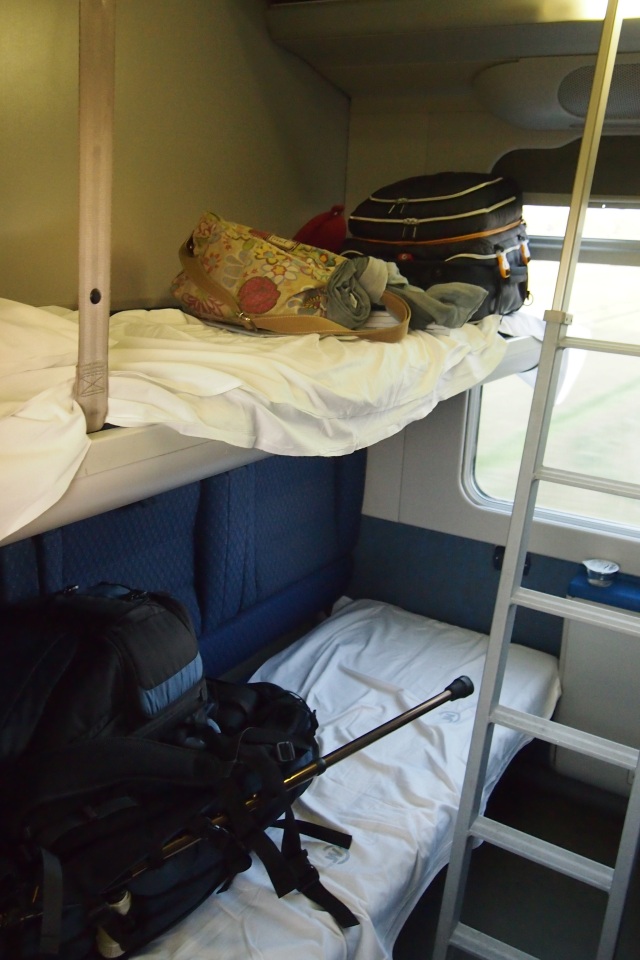 We took a second-class couchette with four berths. The Italian train’s couchette had no blankets so we really just huddled under our jackets for the night and did our best to keep warm. Weirdly enough, they gave us each a small sealed cup of mineral water. That came in handy in the morning when we realised the tap in the washroom in our carriage was not working.

Being three in a 4-bed couchette also meant that we had roomies.

On the Venice to Rome leg, our roomie was an Indonesian woman travelling solo through Europe. Didn’t get her name but we chatted for a while especially since she was from our neck of the woods. She was friendly and eager to be friends but that was not really two-way traffic with me. Not everyone is an axe murderer but I’m just wary after years of growing up with the “Don’t talk to strangers” advice ringing in my ears. I’m just like that – I hold people at arms’ length and I don’t make friends very easily. It usually takes quite a while before I trust someone enough to call the person a friend. It’s nice to meet fellow travelers but beyond that chance encounter, you’re really not likely to be lifelong buddies after that.

Still, better the Indonesian woman than the other roomie we had on the Florence to Munich leg at night. Somewhere near northern Italy, Verona I think, while we were all asleep, the Austrian conductor (who might have looked at home with the Vikings complete with stringy blond hair, strapping frame, loud voice and leather skirts) rapped on our door.

In came our roomie – a guy who, according to mum on the lower bunk, promptly shrugged off his shoes and pants and fell asleep in his underwear! I was spared the pretty picture since I was on the upper bunk and largely out for the count. I was just surprised that a guy was our roomie since I had specified on the booking that we preferred female roomies. Is this the norm I wonder, to have unisex shared couchettes? Maybe so – while travelling from Granada to Barcelona on a night train years ago, my husband was the only guy in our six-berth couchette filled with Americans and Argentinians.

Anyway our roomie talks in his sleep because at one point he shouted something in German which woke me in a confused panic, because I thought it was the Viking conductor yelling at me. 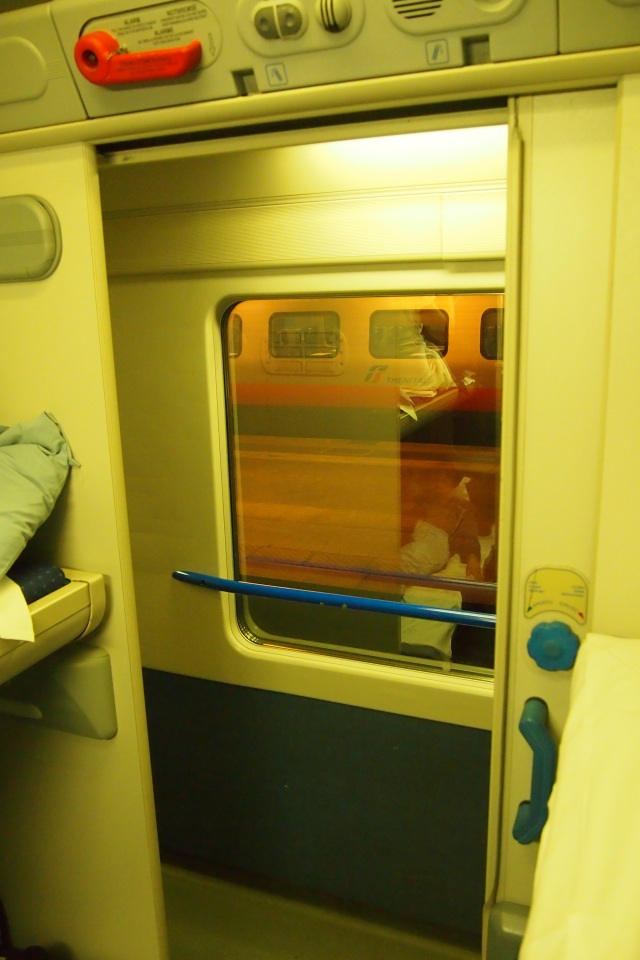 I had heard horror stories about travelers being gassed in their sleep and compartments broken into – particularly in Italy. The internet is rife with these stories. Luckily our couchette could be locked. To be safe, our bags were up with us on our bunks. In any case, who could really sleep? At best it was just a light fitful snooze. We jerked awake at the slightest thing – when the train stopped, when someone snored/coughed/shifted around in another bunk, when it got chilly in the night…

While the Austrian train was more comfortable – at least it came with blankets – we all generally did not sleep well on the night trains. So we’re usually a bit zoned out and bleary-eyed the next morning when we arrived at a new city. Chalk it down to age but I also felt the ground continuing to rock beneath my feet for the next couple of days after every night train ride. My sister who dives often said this was common to divers too, especially when they’ve stayed on a boat for too long on extended dive trips.

I’d do a night train ride again with the kids for the experience (maybe in China or maybe the Cassiopeia in Japan from Tokyo to Hokkaido). It’s also interesting to go to sleep in one country and wake up the next morning in another. But aside from that, and unless absolutely necessary, I think I’d skip the night train and splash out on a proper night’s sleep in a hotel.