Posted on December 2, 2012 by chongbrood

In Hallstatt, you live two ways – either with the water lapping at your doorstep, or perched high above in the narrow steep lanes, tacked on to the hillside. Tough decision. Not going to say much about Hallstatt in this post, but just let the pictures do the talking. I loved the tiny details – doorframes, wall reliefs, flowers in a basket, rusty gates, a garden grown wild, chairs at the water’s edge (above). I hope my pictures do justice to a very lovely place but really, its just best to buy an airticket there and see for yourself.

A cosy nook among the green.

Almost too bright to be true.

The neat and pretty grounds of the Protestant church at the water’s edge.

Birds might not know what to make of such pretty new digs but I wish I had bought one home for my garden!

Wish I lived here… and at about 37 other little houses I passed in Hallstatt! 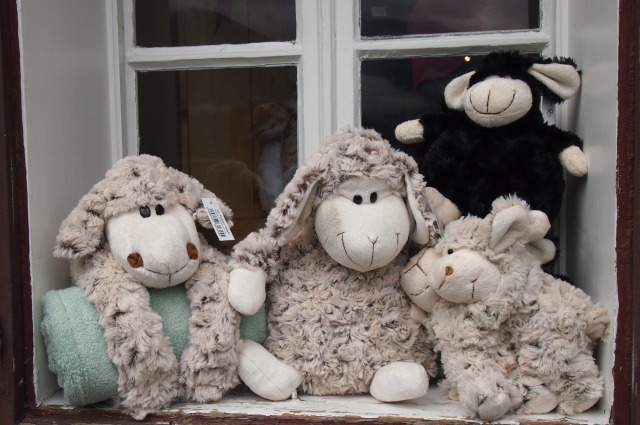 Who could resist the four furry amigos and the stray black? Not us. We carried our lambs all the way back home to the other side of the world.

With two cats at home, I thought this was a great idea for the cats to come and go as they please. Like this little guy below… 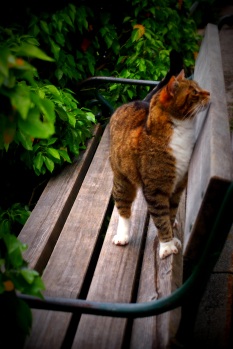 Hallstatt may seem small but this is a bit deceiving. It would take you at least half a day to walk all its alleys and lanes, uphill and lakeside – longer if you stop, take pictures, slow down to just take in the views. Some of the older houses are on the hillside and worth more than a cursory look. Some have doors smaller than the norm. I thought space was very creatively utilised, given the limitations.

There are pretty details everywhere. For example, we saw this strange notation inscribed on most doors with chalk: “20-C+M+B-12”. See below. For the Math-averse me, that kind of equation brought back the old scary days of Math class. But in truth, this has no sinister meaning. It just means “God Bless this house”. The numbers denote the year and C stands for Casper, M for Melchior and B for Balthasar, the three wise men! This is usually done once a year at Epiphany. Nice touch! We may be Catholics but we do not practise this in our part of the world. It might be nice to start.

Doorway with relief of St Christopher with the Christ-child. Note the marking on the door.

From one end of Hallstatt… 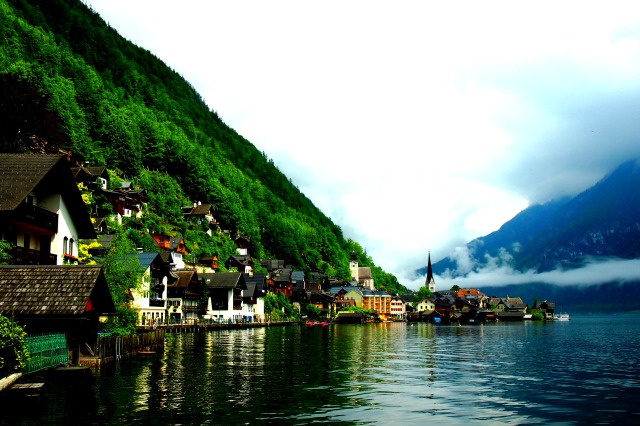 …to another, we walked. We leave this post with the classic view of Hallstatt found on most postcards. We were glad that for the afternoon, after a bit of a drizzly morning, the sky had cleared enough for us to get a pretty view of Hallstatt. 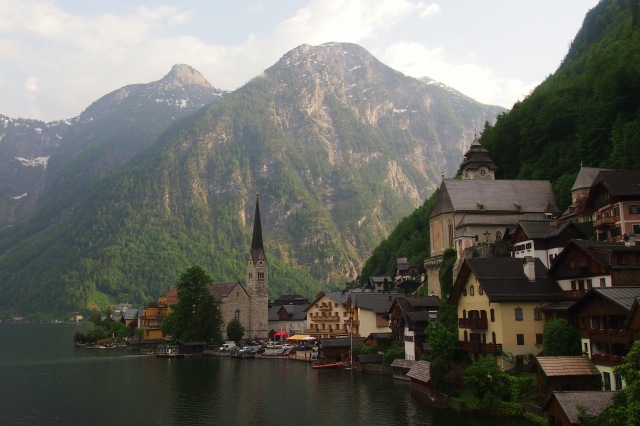 This entry was posted in Europe and tagged Hallstatt, houses, lake. Bookmark the permalink.