Breakfast around the world!

When I’m traveling, that one indispensable meal of the day for me is always breakfast. From the traditional soft-boiled egg in a cup with iced white coffee (Ipoh, Malaysia) to the continental European fare of simple warm croissants with butter, jam and some tea (Venice, Italy) to miso soup, cold tofu and rice (everywhere in Japan), I’ve had a nice cross-section of breakfasts around Asia, Australia and Europe. But each country or region has its share of great breakfasts too. And some duds too. Check these out.

In Europe, breakfast is usually the simplest meal. It’s usually some toast or a croissant with a cup of tea or juice. I remember the best bread I’ve ever had, hands down, is the warm, freshly-baked, soft rolls found in a hotel outside Sorrento, southern Italy overlooking the Mediterranean.

That was probably a good 19 years ago and I’m not sure if that hotel still stands but that morning, we wolfed down the rolls, ordered some more and polished those off again. Bread was the new nectar that day. Chalk it down to the blueness of the sea just below and the isle of Capri like a mirage so tantalisingly near you could reach out the window and touch it. The smell of freshly baked bread that morning still stays with me even after all these years.

Then again in Hallstatt, Austria, the austere Continental brekkie is transformed into a lavish smorgasbord of cold cuts, bread, fruit, eggs, juices, salads, sausages etc. The little inn we stayed in in Hallstatt is really showing its age but the wood-panelled dining room is one of the most charming places we have eaten in, with ivy so thick on the walls outside that some tendrils even try to climb in.

In Melbourne I’ve had the privilege of being hosted for breakfast at Cumulus Inc., home of the highly celebrated Australian chef Andrew McConnell who is, despite the celebrity chef he is, a really disarmingly down-to-earth nice guy. Cumulus is well-known for its breakfasts and has earned several Chef Hats for quality food.

While my partner had the boringly ultra-healthy yoghurt with fresh berries and muesli, I went for the kill with ham hock and baked beans and sausages and eggs. But this was not served the way I expected. Instead, the ham hock, cooked with the baked beans, came in silken strands all sitting pretty in a little cast iron pot (below). Very clever and for me, one way of assuaging the guilt. After all, if you don’t see it, it doesn’t really add to the calorie count now does it? In this case, ham hock, sausage, egg and baked beans were an all-in-one wickedly good savoury mix! The toast was just there to sop up the rest that the fork couldn’t reach.

Yes, Aussie breakfasts like Dame Edna’s glasses, have always been stunning, almost flamboyantly huge productions.When I’m in Australia, I never say no to a whoppingly big and hearty Aussie brekkie.

Further down in the Mornington Peninsula, breakfast at the laid-back Blue Mini Cafe is stupendously huge. Not for nothing do they call it the Best Big Breakfast on the Peninsula (AUD$23) – their words, not mine but I couldn’t agree more. The whole shebang comes with 2 poached eggs, gourmet sausage, bacon, sautéed mushrooms, grilled tomato, potato rosti and spinach on toasted chunky ciabatta.

Now say that in one breath and eat that in one sitting. Throw in a decadent banana milkshake and send the diet to the dogs. Funny how all my pictures of that particular brekkie all came out blur… 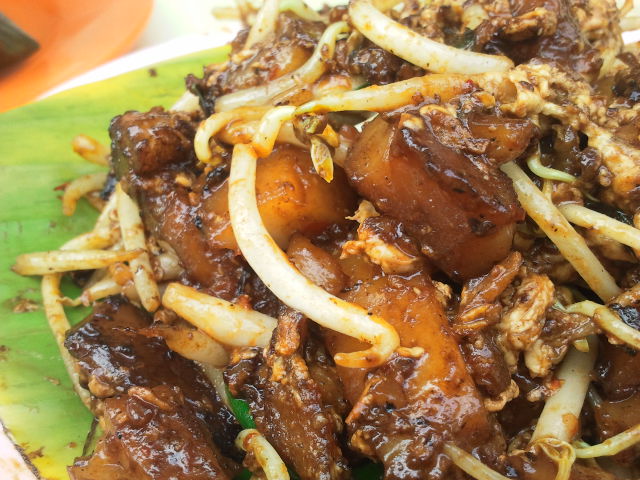 In Penang, Malacca, Kuala Lumpur of course, hawker food reigns supreme as the breakfast of choice. Why sit in a hotel buffet and have toast when you have the best Malaysian street food in all its glory waiting for you in the streets and alleys? One of my all-time sinful favourites is carrot cake aka chai tow kway or koey kak (depending in whose neck of the woods you’re in!) and this one (above) in Penang is a good one, filled with the right balance of sweet sauce, garlic, chilli paste and wok hei. The bean sprouts thrown in are a half-hearted attempt to make this healthier than it is. It really isn’t but that’s okay.

The weirdest breakfast I have had is in China. Where they serve orange juice hot. Yes I kid you not. At first I chalked it down to the cheapie hotels I stayed as part of my first and last Groupon tour. But later, as I traveled through China, I realised it was pretty much the same everywhere else. Once or twice I found lukewarm juice but almost always, the juice came piping hot! Okay let me amend that – its not real juice of course, it’s orange cordial but still! 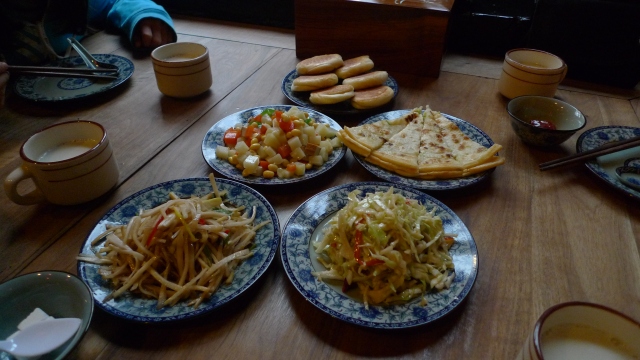 No prizes for guessing which one the kids preferred! All it took was one look at the steamed buns, porridge and fried veg and they voted for the Western breakfast!

But after so many different types of breakfasts, my favourite still has to be the Japanese breakfast. It’s the one meal I look forward to whenever I travel in Japan. 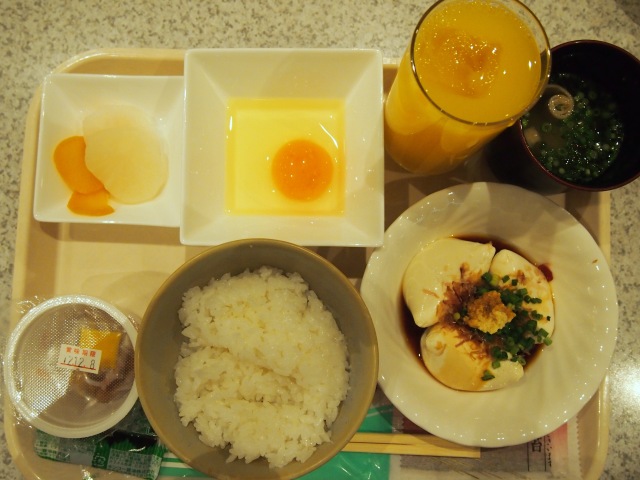 Whether its a hotel buffet line, or a traditional breakfast served in ryokan, you can always expect one key staple to be present: the short-grained, slightly sticky but always fluffy Japanese rice done just right and steaming hot.

Throw in some cold tofu with soya sauce, bonito flakes and grated ginger, a tub of natto (the stinky sticky stuff that is really an acquired taste), some fruit or pickles, some miso soup and a raw egg with sea weed and that’s what I call a power breakfast. Lean, laden with protein, it fuels you up nicely so that you’re ready to go for a full day out.

Certain places may give you more, maybe a slab of grilled or panfried salmon, or my favourite mentaiko (spicy seasoned codfish roe) or even some grated and gooey nagaimo (Chinese or Japanese yam). 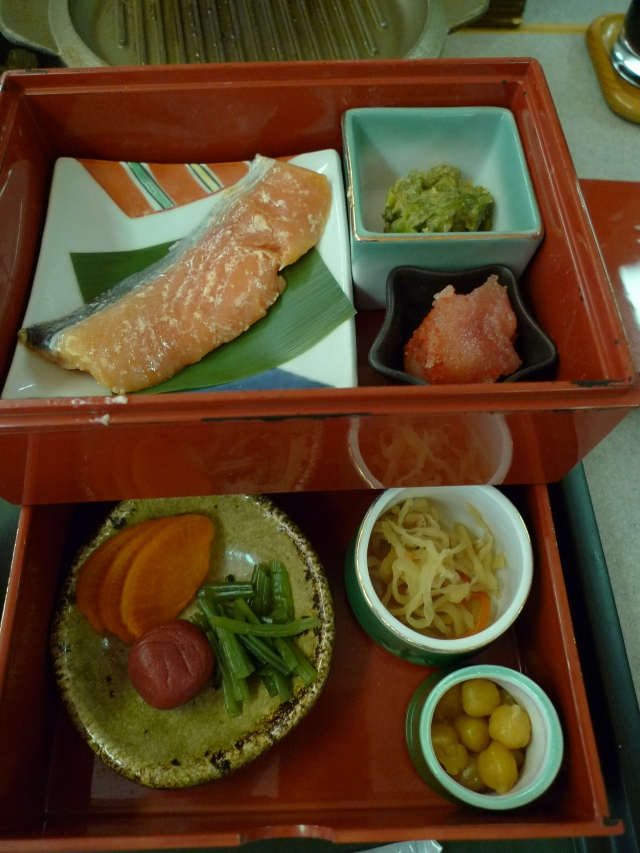 You can always count on the presentation being pretty, the treatment pared back and restrained (simply steamed, boiled or lightly grilled). In fact I could be happy with just a raw egg, some rice and a tub of natto!

2 Responses to Breakfast around the world!