Pingyao has received so many glowing reviews that we had to put it on our list of places to see in China. The town is believed to be more than 2,700 years old and its city walls are said to be the most intact of all Ming walls with the old town authentically preserved in look and feel. However, unlike Zhangbi village which is clearly headed for an overhaul, Pingyao has already been discovered by tourists with the town’s main streets broad, well-paved and packed with souvenir shops, restored inns and restaurants.

Pingyao was bigger than I expected and is worth more time than the 2day-1night stay we had. Touristy sights aside, Pingyao is still very much alive with residents still living and working within. Go off the main tourist grid, peek into the alleys and courtyards and get a sense of the real town.

Beyond the large wooden doors are lanes which branch out into houses, all looking old and dusty. There is none of the polish you see in the town’s main commercial street. There, in the courtyards and alleys, regular life goes on.

Behind closed doors in a Pingyao lane. 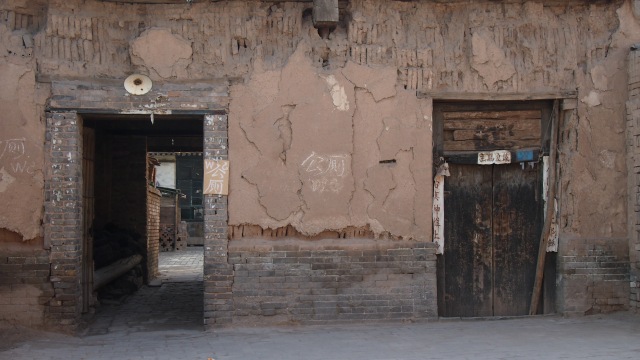 Not exactly Borders but everything in this bookstore goes for 5 yuan. 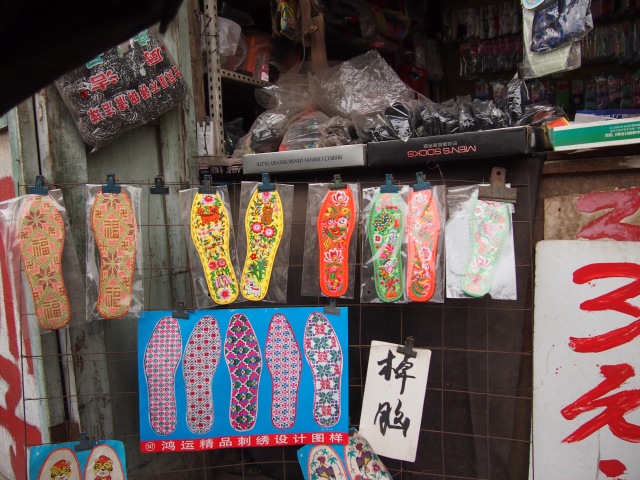 Just a stone’s throw from our inn’s entrance, we spotted this engraving on a wall. Perched in a niche high above this is a tiny lion. I have no idea what this phrase means and I would love to find out. If anyone out there has a clue, drop me a line. From what I do know, lions are usually placed in front of the main door to ward off evil. They usually come in pairs so it was unusual to see this one going solo. This wall faced an odd-angled cross-road so perhaps it was located here to head off any bad juju.

Most Chinese courtyard houses have this beautifully carved alcove set into the wall (below), usually facing or near the entry way to the house. Similar in concept to Thai spirit houses which are abodes for spirits usually placed in the garden of the house, the Chinese version is a small yet ornate house for the earth god to reside in. There is room for an incense burner and simple offerings of wine and tea. 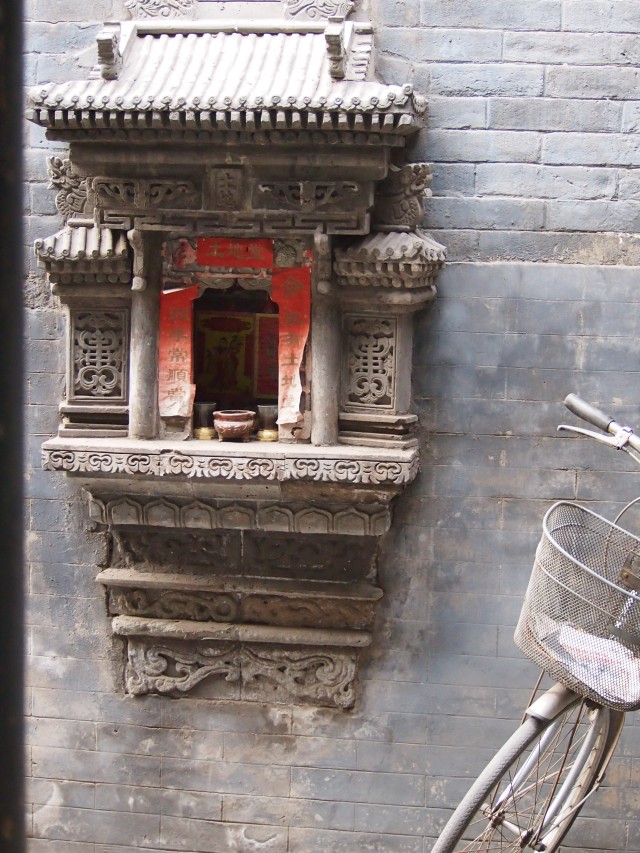 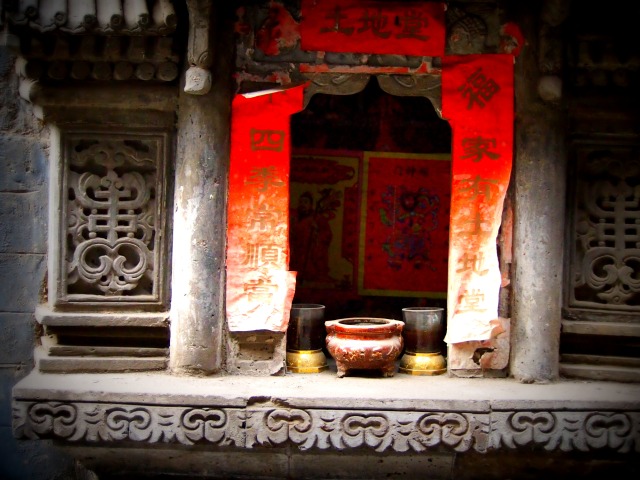 The faded couplet sums it up: When a home has the Hall for the Earth Gods, four seasons will pass smoothly. In this particular ‘Hall’, resides the door gods to protect the household,  roomies with the god of the earth. 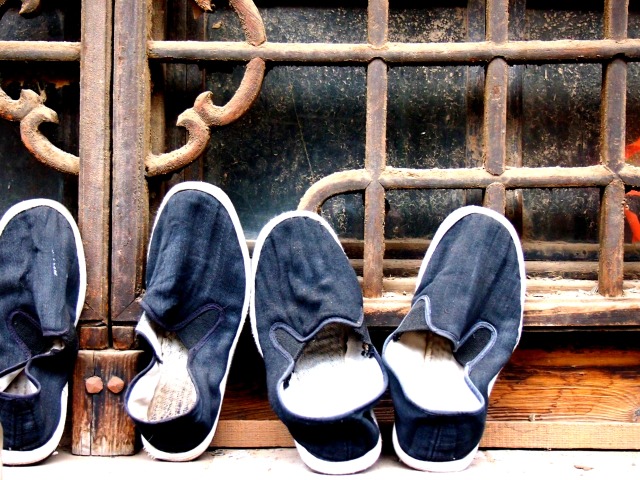 This entry was posted in China, Travel with kids and tagged China, Pingyao. Bookmark the permalink.